How to Stop Dogs from Pooping in the House 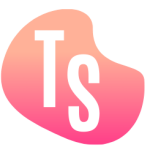 Petting a dog is such a fun experience. We have another loyal friend to play and share time with, in other words. At the same time, there are certain challenges to go through, of course. A dog needs to be well-trained and learn certain house rules. So, they know what they should and should not do. It is a peace and happiness for everyone then. Before that, it needs a lot of understanding and probably some investigation for the causes. In that, training is often a need. Simple dog training might just need simple dog training devices, which you can actually do yourself, in the meantime.

A New Dog to a New Home

One of the challenges of owning a dog is they often like to poop anywhere they feel they want to. But, that is not how things work. They need to know and have their place to poop. Actually, when you bring the new dog to your house, it is a normal thing because he or she has not learned the rules yet and is unlikely to know which of their behaviors are expected and which are not.

They might likewise feel stressed called anxiety separation in early days with you and your family. It is a totally new home and environment for them. Of this, other than pooping in the house, they might badly behave such as scratching the windows and doors, howling and whining, and destructive chewing. It needs a bit of your observation and understanding to help the dog as well as solve the problem.

Other than this, there can be plenty of reasons why dogs poop in the house. It is extremely important to find out why first before solutions can be found and put into actions effectively. If it is the case of a new dog to your home, you know too that it is reasonable, and the dog needs to be trained. You may put some effort to it or ask for a professional to help.

If it is not a case of a new dog to a new home, there needs more of the investigation. The common causes of dog pooping in the house could be stress, a new schedule, and not knowing how to ask you to take them out. It usually takes a few weeks for a dog to learn the right place they should poop through the routine.

Likewise, there can be a medical hindrance. There is a common medical problem in dogs called gastroenteritis, which is the intestine inflammation. It is a common cause of diarrhea that leads them to poop indoors. Similar causes could be food intolerance, bacterias, viruses, allergy, bowel disease or even bowel cancer.

It is because the causes could be hidden that it is no use to shout at a dog when you see it pooping the house. It requires care, understanding, and kindness to dogs. They are just like humans, needing so much love. And, after the causes are fully found that you really know what to do.

In another case, it is aging that gets you dogs to poop in the house. The older they are, the more often they might be pooping in the house. It is not that they want or they are behaviourally bad. They might instead face lack of bowel control, making them unable to hold it like before. When dogs get older, they need to poop more often because the muscles to hold poop inside its body are no longer that strong. And, once it gets to a situation they could not control or hold it, they tend to poop where they could not hold.

Also possible, aging dogs can somehow forget the routine. The situation is called canine cognitive dysfunction. They lose the memory and schedule to poop, and they also do not recognize that is a bad thing to do in the house. With this situation, you might need to consult with a vet for the therapies or any treatment option.

Unexpected loud noise can as well be the cause. Dogs could pee and poop where they are when frighteningly hearing the noise. It is usually that of a bomb or firework that scare them to pee or poop inside the home. That needs certain training too until they can be calmer with the noise and get used to it when noises out there might not be under your control.

At the same time that we demand dogs to well behave according to the rules, they need understanding, training, and a space and happy environment to live. Still, getting a dog to be well-trained, it takes time and effort while the experience of petting a dog is very worthwhile, generally.